The certificate of the customs representative of FCS of Russia No. 0875/00
RUS ENG
09:15
CUSTOMS CLEARANCE
AND DELIVERY OF GOODS

The decision to build Zhukovsky airport was made in 2008. And in 2013, an open tender was announced for the right to implement the project. Construction of the first passenger terminal began in early 2015. On May 30, 2016, Zhukovsky airport was solemnly opened and became the fourth international airport of the Moscow air hub. It is the farthest from the Moscow Ring Road. It is separated from Moscow by almost 27 km. 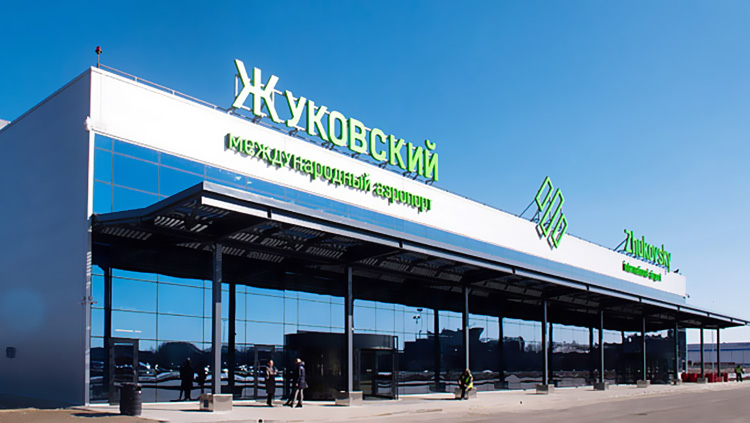 We advise you to pay attention to the new and high-tech cargo terminal of Zhukovsky airport and carry out cargo transportation through this transport hub.

An agreement on the construction and management of a cargo terminal, cooperation with cargo airlines was concluded as part of the development of the airport. In order to develop the surrounding infrastructure, a platform for receiving suburban trains was built and the M-5 Ural highway was reconstructed.

At the end of 2019, the construction of a new international cargo terminal at Zhukovsky airport was completed. Its commissioning will increase the volume of cargo transportation by 5 times. The building area is 9.2 thousand sq. m., plus a cargo yard with an area of ​​5 thousand sq. m. There are warehouse and office premises of state, customs and commercial organizations there. The planned throughput capacity is 120 thousand tons of cargo annually. The construction of a cargo terminal was a necessity, since a full-fledged operation of an international airport is impossible without this segment.

Before that, a small terminal was provided, but it handled only cargo inland directions, and since there are quite a few domestic flights departing from this airport, it was not practically used. The opening of the new terminal has increased interest from cargo airlines. It is planned that civil, military and dual-use cargo will be transported through Zhukovsky. Sky gates Airlines will provide 40 to 60% of cargo traffic.

First, the commissioning of the facility is planned, then licensing for export, import and storage of dangerous goods. On December 18, 2019, a positive conclusion from Rostechnadzor was received on the compliance of the terminal with the norms of the Urban Development Code of the Russian Federation. This means that in 2020 Zhukovsky will be able to receive and send all types of cargo.

The airport office and warehouse complex is constantly developing and expanding. Domestic and international cargo and postal items are handled here. Its advantages:

The infrastructure of the cargo terminal is adapted for convenient loading and unloading of aircraft, subsequent delivery of goods by any type of ground transport. It complies with safety standards and other modern requirements. Freight shipments can be tracked.

As for customs clearance at Zhukovsky airport, in order to avoid misunderstandings and delays at customs, you should contact a customs representative. SB Cargo will take on all the worries and responsibility for the customs clearance of your goods. We guarantee timely delivery, cargo safety. If necessary, we will insure it, control the placement in the warehouse area and its further condition. Our services include: